In 2019, Brexit, the US-China trade war, risks of a US recession, a weak Eurozone and the Chinese slowdown affected the Australian economy. CommBank says Australia is better protected against such crises than other countries and better placed to deal with the risks. Better fiscal policy options and Australia’s trading relationships should help. CommBank advises people to watch the following four factors that may make 2020 a better or worse year.

It is common knowledge that Australian consumers are not willing to spend, which affects the economy since consumer spending is the largest portion of the country’s GDP. Increased consumer spending can reduce unemployment, raise wages, spur inflation, and help the retail sector to recover and give the governor of Reserve Bank of Australia (RBA) peaceful sleep.

Blythe states that, “Restricted consumers is one of the major risks that face the country’s economy locally, considering that 56% of its GDP comes from consumer spending.” He added that in the last five years, wages have grown by only 1.6%, half of the wage growth in the previous five year-period. Lack of wage growth, increasing taxes, job insecurity, and increasing household bills are some of the factors that have affected consumer spending. Apparently, Generation X and the millennials are the most affected by low wages, huge mortgage debts, and family commitments.

What can be done?

Blythe says that reducing the current lethargy in the labor market can easily break this cycle. The RBA is trying to help through its new focus on complete eradication of unemployment. However, the recent reduction in interest rates have not significantly reduced unemployment or increased spending. Therefore, the RBA cannot accomplish anything in the near future without financial intervention from the government.

Blythe suggest that government should stimulate the economy through tax cuts. Tax cuts can increase disposable income in all households, not only those with mortgages, and can be designed to make people spend the increased disposable income. However, government’s current reluctance to spend makes tax cuts unlikely, unless the economy significantly worsens. Still, Australia needs a surprise turnaround.

CommBank says the property market is a major concern since the rate of construction of homes has fallen since the peak of 2018 third quarter. They expect the fall to reach 1% of GDP by mid-2020. Since the construction cycles are generally too slow to kickstart and build to meet demand, CommBank expects the growth rate to stay low for some time before it shoots up again.

According to CommBank, the current danger is that home prices in cities such as Sydney and Melbourne will rise as demand exceeds supply. Also, recovery of the construction sector will be slowed down by concerns about the quality of newly constructed houses.

CommBank says spending among Australian businesses is very low. This hinders growth in production and is hurting the economy. Global uncertainties also contribute, but they should not be excuses. CommBank adds that interest rate cuts in late 2019 scared businesses instead of encouraging spending. Apparently, companies don’t have issues with the interest rate. Rather, the cuts increase worries about the economy and discourage them from spending. CommBank believes that government should redefine policy to encourage business spending maybe through tax cuts. On a positive note, mining is expected to grow so there is likely to be more spending from that sector.

The last concern is whether the three economic booms, i.e. LPG (gas), infrastructure, and trading with the Asian middle class, will last throughout the year. Blythe says the three booms, have significantly contributed to the economic growth over the last few years by creating employment, and boosting cash flow into the country’s economy. However, while these booms will continue in 2020, the export quantity for gas cannot be increased and new infrastructure cannot be built. Therefore, the booms will not enhance economic growth. Also, the number of tourists from Asia is about to plateau and bushfires may generally affect tourism. 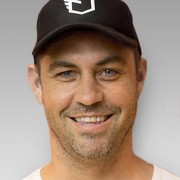